A couple weeks ago I get a really simple text.  Dean – “Hey, want to do the Oregon Stampede Route on April 23rd?”.  Ironically I had just been researching it recently as the 2 day option.  Dean was suggesting 1 day, and after about 15 seconds of deliberation I replied with a simple “Yes”.

I’ll start out with this loop was harder than I anticipated.  I was thinking 10(ish) hours, reality was more like 12:45 ride time!  Now that I’m a night’s sleep and some food and rest away from the completion, I am trying to categorize its difficulty in relation to other long rides I have done.  It is a truly epic ride, but how does it compare to the D2R2 or the Oregon Coast Gravel Epic?  They are all vying for the top 3 in difficulty.  But which one is harder?  Hard to say.  Yesterday was over 9,000 feet of climbing and 125 miles, a lot of the climbs are long sustained efforts.  D2R2 is just up and down all day with very little flat in between and topped out with around 13K feet in 10 less miles distance than the Stampede.  But the Oregon Coast Gravel Epic the 1st year that I did it was “only” 75 miles but I came out of that with over 1oK feet of elevation gain.  Perhaps none of them stands out as way harder than the other.  They all have their challenges, however they all 3 are solidly in the top 3 of the hardest rides I have done.  Take from that what you will.

In hindsight we probably should have started this a tad earlier than we did.  I think we hit the road around 9:45-10am.  Plenty of time to make it back with my “10-hour” estimate.  I was wrong!

The guys at Velodirt/Oregon Bikepacking designed a really amazing loop.  I broke it down in my head as 3 40 mile rides.  The first 40 was fast gravel with wide open views.  The next 40 was scrubby pines, jeep roads and fast pavement.  The last 40 was long climbs, rollers and a screaming downhill that just could not come soon enough. 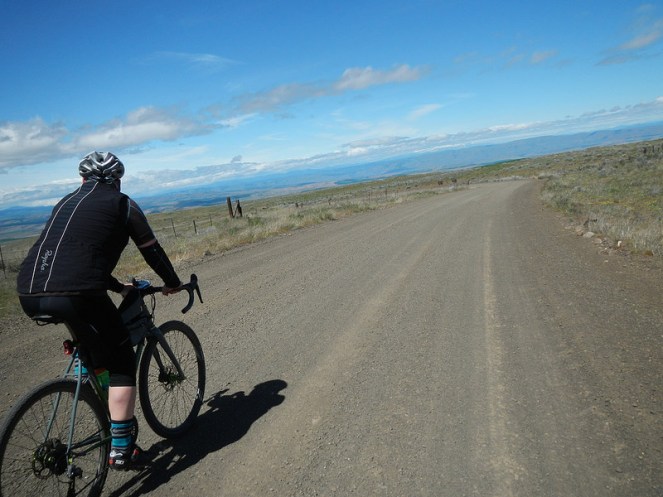 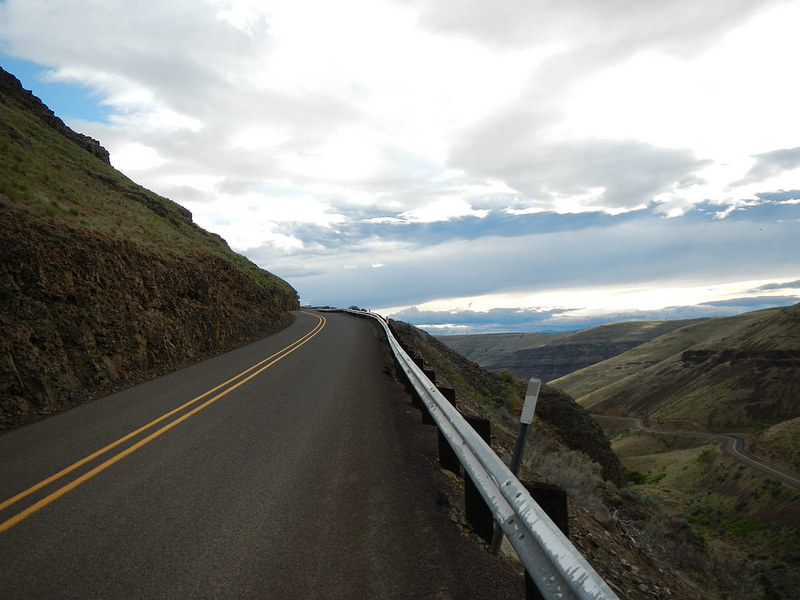 Up and up and more UP!

One of the discussions during the ride (you hit a lot of topics in 13 hours) was how so much of Oregon’s image seems based on Portland and the Metro area.  Then you come out here and realize just exactly how beautiful this state really is.

The first chance for a refuel is in Dufur, OR at Kramers Market.  A surprisingly good market in this quaint little town.

The next 35 miles was probably my favorite section.  We got into some tree cover, hit the White River Wildlife Area and then stopped for resupply #2.

So after some food and liquid at the Tygh Valley General Store we were basically resigned to the fact that this was going to be much longer than a 10 hour day AND that we’d be getting back to the campsite well after sunset.  We still had just under 65 miles to go.  Part of which included a long climb and then endless rollers before a downhill run into the homestretch.

From the top of the long climb it was still 45 miles to go.  It was a long 45 miles.  We luckily had a tailwind for most of it, but as energy levels waned and daylight did too, it was getting to be a single minded task of “let’s just get this done”.

As the sun set we could see the blinking red lights on the windmills scattered across the Washington side of the Gorge.  Somehow and inexplicably it took a long time for them to appear to get closer.  Must have been some trick of the eye or delirium perhaps.

My Garmin battery died very soon after this shot.  I ended up with 108 miles out of the 125.  This section of the route really messed with us.  If you look at the course map, it looks like the last 20 miles are mostly downhill.  Reality check for all of you, it isn’t.  There are a series of gravel rollers that don’t seem to end and one final soul sucking climb before a ripping downhill (into a brutal headwind for us no less).  We rolled into camp at just before 11pm.  Crazy long day, crazy epic adventure.

Thanks goes out to Dean for asking me to go, Yue-Yun for breakfast on Saturday and buying us snacks while we left you with 3 dogs and a bunch of dirty dishes, and thanks for Mia for letting me take off for another hair brained adventure.

Dinner, if that is what you can call it, consisted of a handful of pistachios, chips and salsa, and a root beer.  Then it was lights out and dead to the world until about 5:30 AM.  Surprisingly I felt pretty good, a little stiff and definitely tired.  Mostly hungry though.

I posted all the pictures here.  Enjoy.