Mia and I are now just over 3 weeks into dog ownership, and things are going well.  Codi is adjusting really well and I believe he trusts us and does a pretty good job of listening.

Last weekend the forecast for the PNW was very good.  No rain in sight, so Mia and I on a whim headed up to the Olympic Peninsula for some camping and to see how well Codi would do.  It was going to test several things including how well he travels, sleeps in a tent and if he likes the ocean or not.

While almost all national park campground accept dogs, not all trails or beaches do.  With a little Google searching we found Kalaloch (Clay-lock) Campground/beach which had instant access to the beach and was still open for the season.  It’s a bit of a drive to get there from Hillsboro, about 3:45 drive time, but nothing an early morning start couldn’t fix.

The first question was….”How well does Codi drive?”  The answer, I think he wants to DRIVE!

He did really well on the drive up.  We stopped about 2 hours in to get gas and give him a pee break.Then he didn’t get out again until we got to Kalaloch Campground.  Finding a spot was fairly easy given the early start we had.  We were mostly camping with retirees and their massive RVs and then people like us, no kids, no school to worry about.

While our particular site wasn’t exactly spacious, it was sheltered from winds and had nice coverage in case the weather forecast was wrong (because that never happens)

Coming from the east coast, I am still used to coastal areas being wicked built up and not a single inch of coastal real estate isn’t either a house, condo, hotel or beach.  The Northwest continues to defy that stigma with miles and miles and miles of untouched coast.

Kalaloch is known for it’s beach logs and the damage they can inflict on wayward tourists. 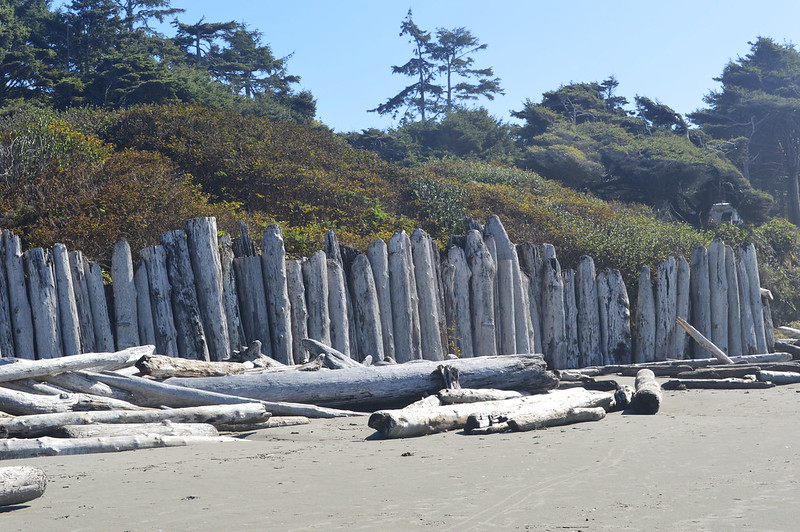 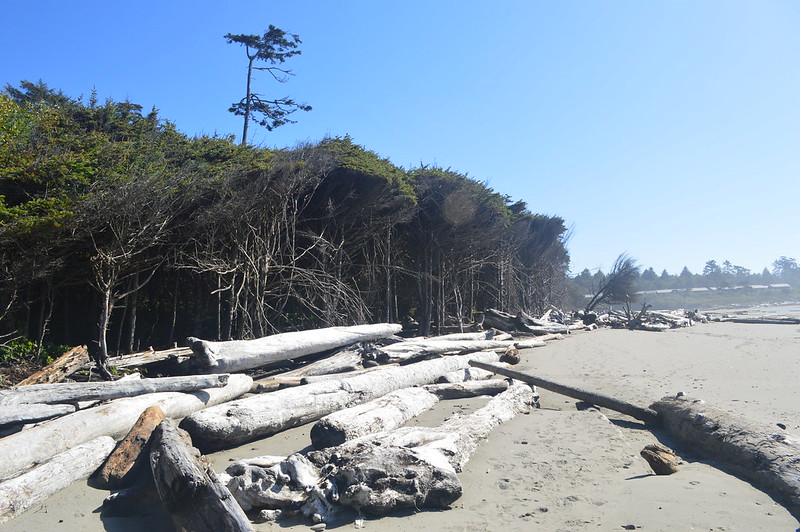 Being late September, it wasn’t overly crowded on the beach so Codi got a fair amount of off leash time.  Technically it is against the rules of the National Park Service, but we weren’t the only rule breakers.

So after about 2 hours of beach time, we had ourselves a pooped out pooch.

My campfire skills were put to the test with damp wood.  I was generating more smoke than actual flame, but we got a little bit of ambiance. 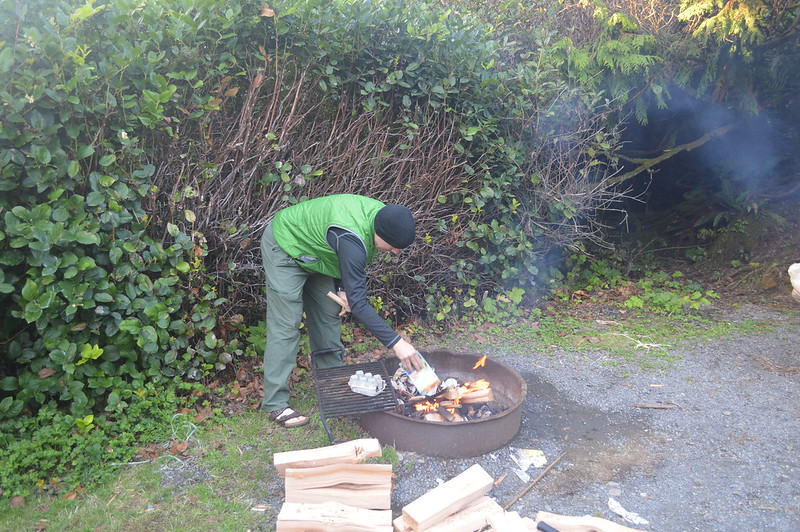 Then a cool, but nice night of sleeping in the tent and we awoke to Codi between the two of us.  He did really well and it was nice to see him handle camping and everything as well as he did.

Mia likes to spoil him a bit though…….as evidence I give you exhibit A.

Sunday was more  beach walking and tiring out of “The Dog” and then a long drive home.  The only trouble on the drive home was the brush fire on the side of the highway that caused a lot of smoke and rubbernecking.  Thankfully we could see that fire service was on it’s way.

So that wraps up last weekend and a nice little retreat.  Mia and I will definitely take Codi camping again, and he will get a lot more ocean time too.

This past Saturday was another chance to see how well Codi did with wilderness and exercise.  On a whim I picked up this book at Powells near my office.  After a bit of texting back and forth Mia and I settled on the Old Salmon River Trail, which is just a quick drive from PDX out towards Mt. Hood.

We didn’t need to start super early for this one, but given that most people in the Metro area don’t get moving until 10AM, our 9AM start from home was pretty good.  We also had an opportunity to stop in Sandy at Joe’s Donuts.

The trailhead was pretty empty.  I think we were the 4th car there.

So it’s not the hardest hike in either distance or elevation, but it sure does have a nice ambiance as you walk along the Salmon River.  There are a fair number of possible campsites we scoped out along the way and will probably be back for an overnight or two.

One of the things that still amazes me every time we enter the woods around here is the size of the trees.  We’re in a rain forest, and the trees benefit greatly from that.

Round trip we ended up with just under 7.5 miles.  Codi did another stellar job, most of it off leash again.  He likes to hike between the two of us.  With me in front, then Mia bringing up the rear.  Not sure if he feels safer that way or if he is herding us.  Either way, he did admirably well on this hike.

Thus ends this week’s adventures.  Codi seems to really be coming along and he has lost some weight since we first got him too.  His stamina is improving and hopefully that means some longer and more challenging hikes in the future.