Several years ago I had promised myself that when I turned 40, I was going to get a custom bike.  In the 26+ years of riding, racing, and all that goes along with it, I never had a custom bike.  Well, with the move from NH to OR last year, and all the associated craziness that goes with picking up your life and moving, it just never happened.

Mia and I just happened to be heading back to NH for vacation in September, I decided to make that purchase, just 9 months late.  I knew I wanted a bike from New England.  That meant builders like Seven Cycles, Firefly, Richard Sachs, and quite a few others.  What finally won out for me though was Independent Fabrications, or as they are more commonly known IF.

Any of the builders I listed above could have made me a stellar bike.  What finally won out for me though was IF being in Newmarkert, NH.  Not only did I end up with a New England bike, I ended up with a NH custom bike.  I also know quite a few owners of IF road and mountain bikes, and not one of them has ever had a bad thing to say about it.  Furthermore, getting fit by the guy who was going to be designing my bike for me, and not having to go through a middle man was a huge selling point too.

I went with a steel Crown Jewel in Omaha Orange with the green/yellow classic logo.  It was just shy of six weeks from measurement to arrival at my door in Oregon.  Not too shabby of a turnaround if you ask me.

This beauty arrived on Thursday. 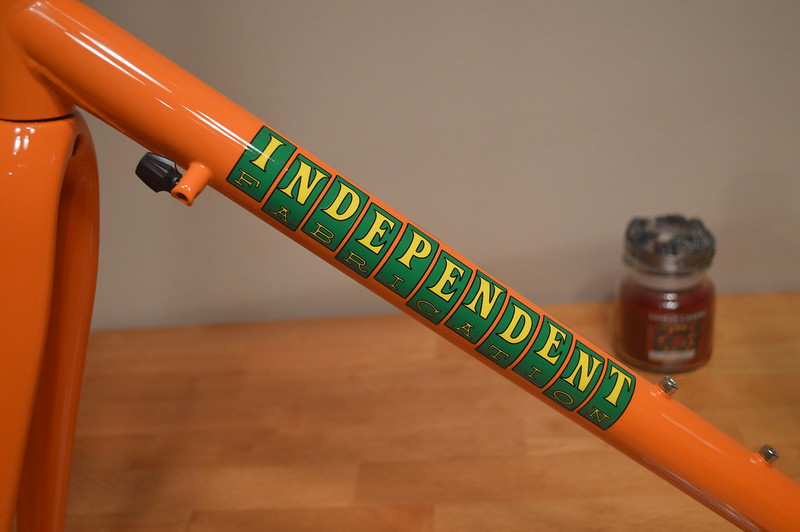 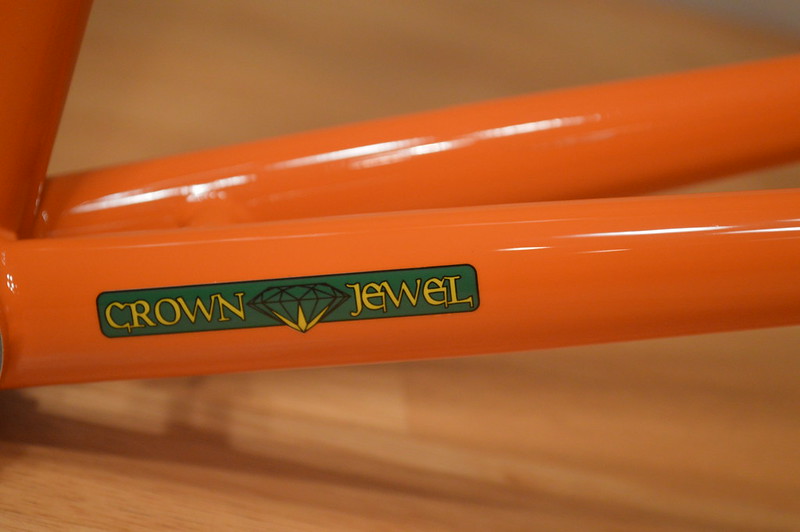 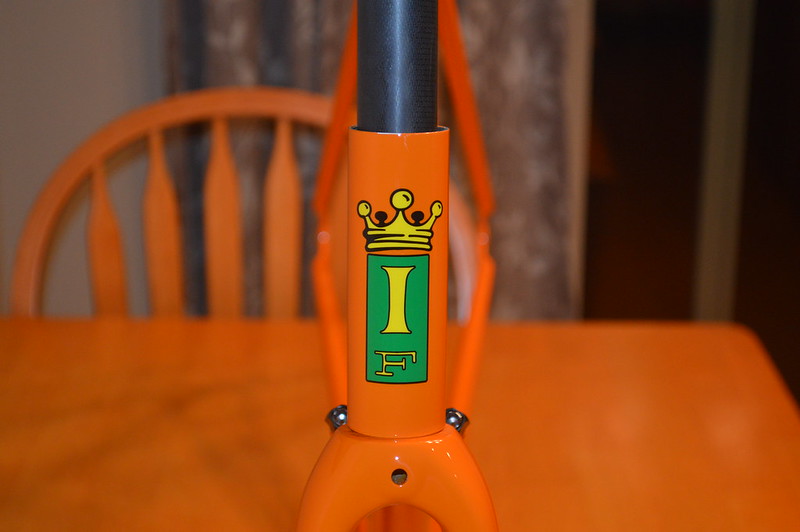 It was very difficult not to stay up to 1-2 am and build this guy up.  I stripped down the Look 555, which was a lot of my benchmark for how I wanted this bike to fit.  All of my parts would transfer over from the Look except the headset.  I decided to mix a little Oregon with New Hampshire and of course went with a Chris King.  Made right here in Portland, OR.

In all honesty the only thing that kept me from staying up late to build it all up was that I don’t have a crown race setter to punch the crown race onto the fork.  In the past I’ve used a PVC pipe, but all of that stuff is still back in the house in NH and not here.  As an aside, it is quite amazing all the little things you pick up in a house for “spare parts” after 7 years.  We’ve only been in this one for 8 months…….

Anyways, the build went together in fits and starts.  Did a little Thursday night, a bit more Friday night, and finished it all off on Saturday after a local shop pressed on the crown race for me. 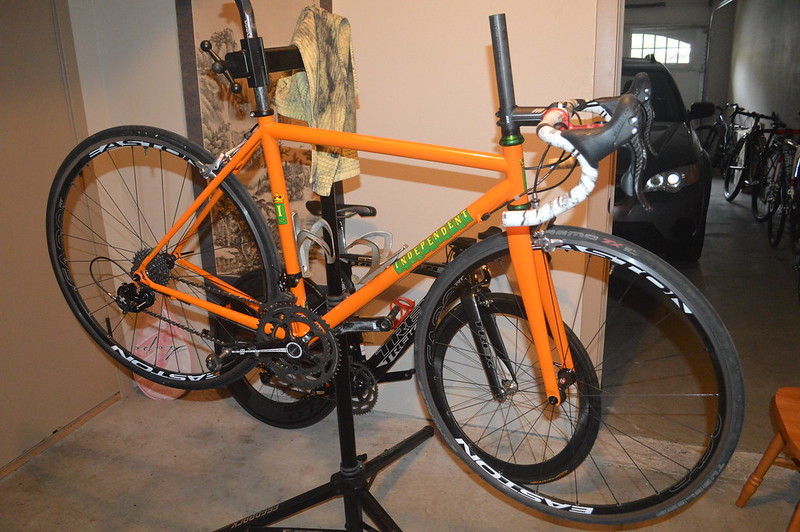 The hard part was finding green handlebar tape.  I wanted something kind of dark, but most of the stuff in the green family currently out there is closer to neon or light and bright.

Not sure I will keep that bar tape, but for now it will work.  I assume once it get’s dirty, it will be a bit darker.

I did not get a chance to “pop it’s cherry” on a maiden voyage.  Winds of 45-50 mph on Saturday and rain made that a “no-go” and Sunday was booked with a trip to get some apples and enjoy the Fruit Loop out towards Hood River.

We also got Codi out for a short, but steep hike, so by the time we got home tonight, it was getting too dark.

Hopefully next weekend I can get out for a shakedown ride.