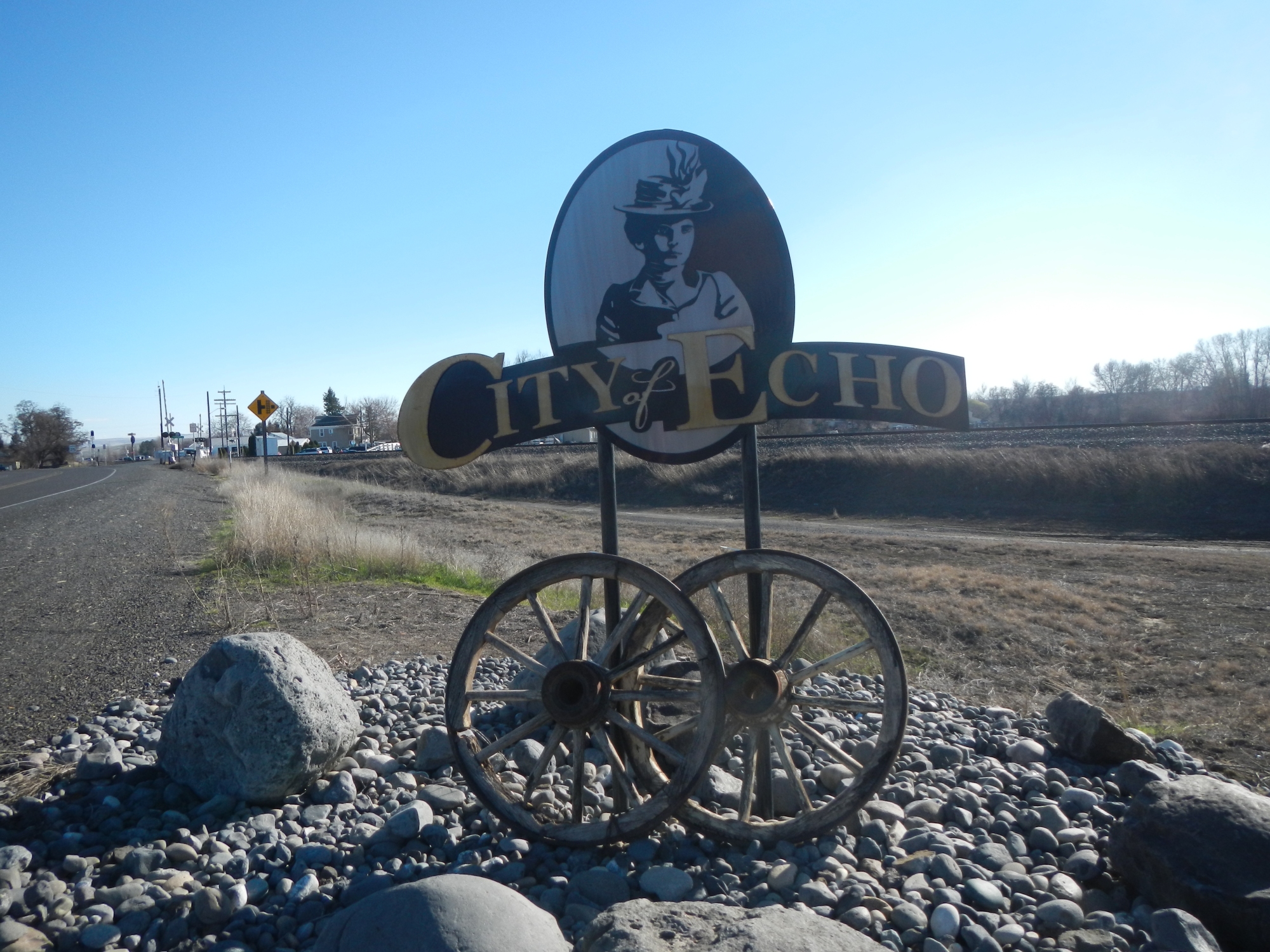 Did my first mountain bike race of the year (and first since last year too) out in Echo, OR at the Echo Red to Red race.  Conditions were so much better compared to last year.  I think we topped out in the mid 30’s last year, while this year we made it into the low 50’s.

I drove out to Hermiston, OR on Friday afternoon and spent a solo night in a hotel.  It was nice to just chill for the night, but it just isn’t the same without Mia, Caleb and Codi on a Friday night.

It was going to be only my second ride on the Cannondale F29.  I tweaked the seat height just a smidge before race time and everything seemed to work out just fine.

I have to also add that I feel in much  better shape than this same time last year.  Winter this year has been dry and sunny for the most part.  Plus this time last year we had just moved into the house and that took up a lot of my time.

Echo, OR makes my hometown of Bow, NH look like a thriving metropolis.  Downtown Echo is 2 blocks and about 8 buildings.  That being said, they really welcome us all on race day.  It’s pretty cool to see a town be so open to a bunch of bike racers.  The post race pulled pork sandwiches were just what this guy needed.  A HUGE thank you to all the volunteers.

Can’t stand dorky race reports, so I’ll just say, I did better than last year, felt good for the first 90 minutes and kind of fell apart a bit the last 30 minutes.  For only my second ride and first race on the Cannondale, it ripped.  It did all I could ask for yesterday.  I may want to revisit my rear tire pressure.  I definitely smacked the rim a few times running about 20 psi.

Well, that is about it.  I’ll probably be back next year, especially if the Metro area has another winter like this one.

One thought on “Echo Red to Red”