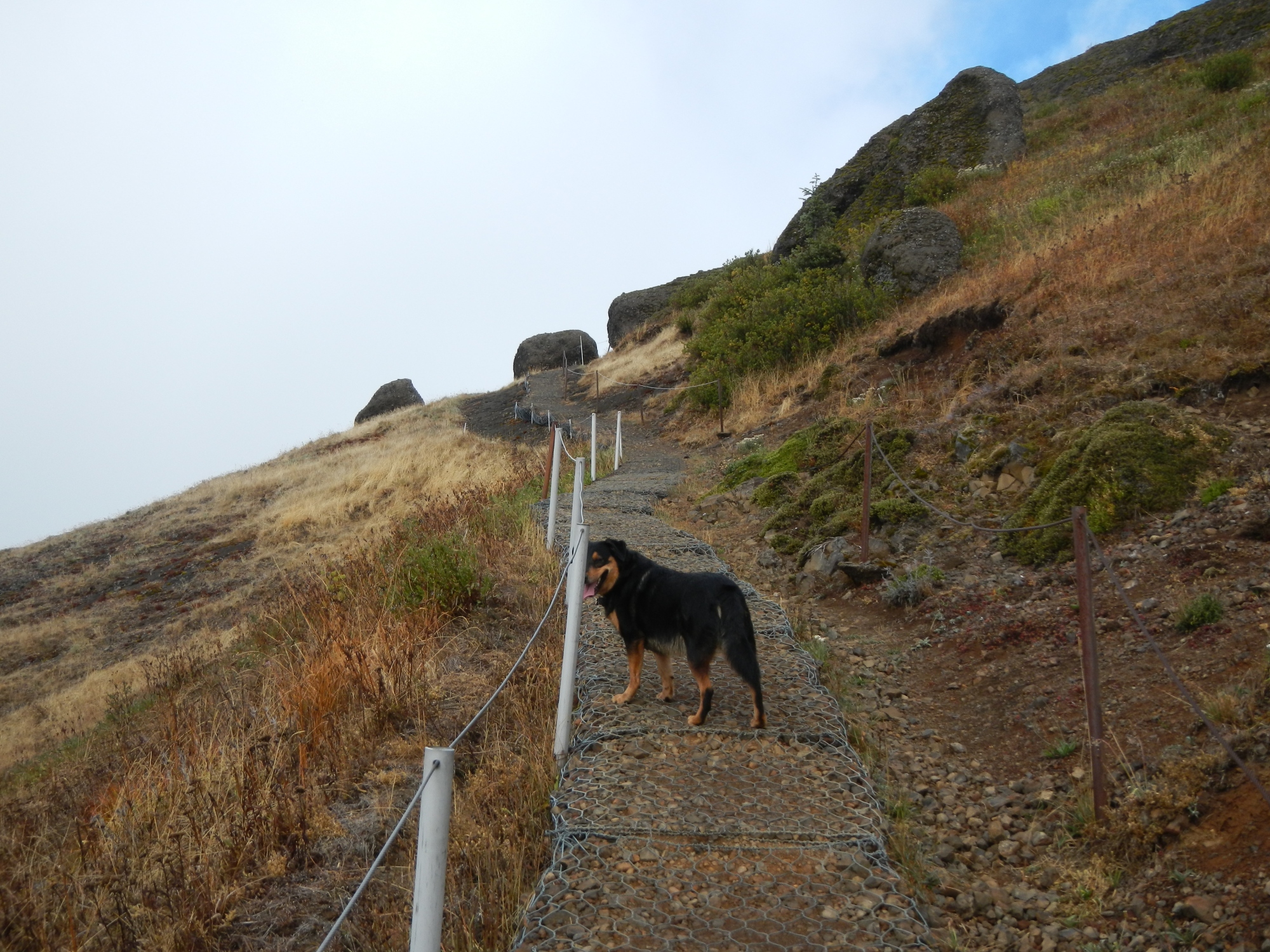 I had originally scheduled Friday the 28th to be a PTO day so that Mia and I could be at the Crater lake Rim Tour for the weekend.  However, that event was cancelled 2 weeks ago due to the wildfires in the surrounding area.

It seemed absolutely absurd to cancel a day off from work though, so Codi and I opted instead to hike Saddle Mountain just off highway 26.  It seemed a much better prospect than being a desk jockey for the day.  Mia decided to go to work though since she just started this job 4 weeks ago.  She doesn’t really have any accumulated leave time, so opted to work instead of incurring LWOP.

Codi and I had a fairly lazy morning, but we got ready about 8:30 to head out.  There are a few key actions that key Codi into imminent adventure.  If you grab a backpack or hiking shoes, he just knows that fun is about to begin and starts bouncing around like a teenage girl at a One Direction concert (or a certain 20 year old nephew at a Taylor Swift concert……).  I just open the back door to the car and he hops in and will wait patiently.  It’s pretty humorous.

It was about 45 minutes to the trailhead and there were not a lot of cars there.  I figured it had to do with 1. it being Friday and 2. it was super cloudy and had already rained a bit in the morning.  Supposedly this trail had views of both the ocean and Mt. Hood.  I’ll have to believe what I have read though.  Codi and I couldn’t see more than a couple hundred yards at any given point due to clouds.

This is one of those hikes that there is no easing into it.  Right out of the parking lot you are climbing.  It’s right around 1600′ in just over 2.3 miles so there is very little let up.  It’s not an impossibly steep haul, but it certainly isn’t for some one who is out of shape.

I’m not a fan of the saying, but this trail is definitely “loved to death”.  Given the reported views, it’s accessibility from a major road, and being kinda short, it sees A LOT of users.  Unfortunately all those feet have done a number on the trail.  There is a ton of chicken wire to help stop erosion and you can see how trail users have walked around the wire and only  made the problem worse.

A vast majority of the last 1/2 mile or so had the wire nailed down to the ground to help stop erosion.

We only saw one couple coming down as we headed up, but saw at least 10 people coming up as we were headed down.  They might have gotten better views as it was clearing out a bit on my way down.

I’d like to say go check this hike out (on a clear day), but in all honestly I’m leaning more towards saying leave the trail alone for a bit and let it recuperate.  I’d almost recommend shutting it down for a season or two and get some volunteers to help with some trailwork (I’d gladly raise my hand).

All the pics here