Mia and I spent the day after Christmas in Cannon Beach.  We wanted to take Codi on an adventure and the forecast for the coast was low 40’s and light winds.

There is something really nice about Cannon Beach.  It’s got a nice vibe to it.  Kind of reminds me a bit of York, Maine.  Nice beach, plenty of food and shopping choices.  It’s a great place to spend the day.

Lots of other people had the same idea.  We’ve been there in the Summer where it wasn’t quite as crowded at 11AM.

The main goal was to go home with a tired dog, and I think we did a decent job.  Hiked 6 miles on the beach, tossed quite a few sticks and just tried to run him around. 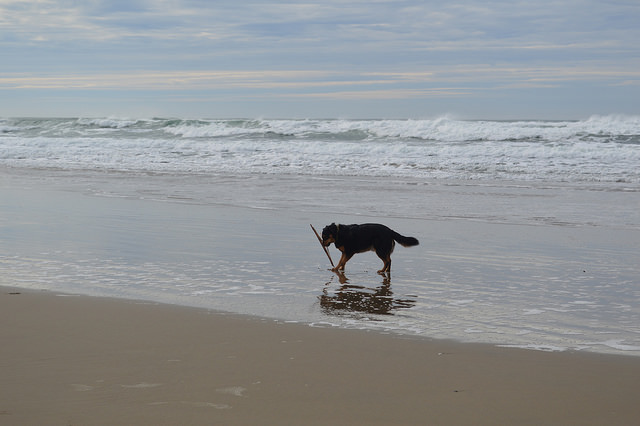 This hotel was hit by a “rogue wave” and it smashed the windows and flooded some of the rooms on the first floor.  I think this happened a couple weeks ago.  Still looks like they are working on fixing the damage.

Nice mellow day, we were surprised to see several inches of snow in the coastal range on the drive.  Still a couple cars banged up on the side of the road from recent accidents too.

See all the pics here.