The last time we had any appreciable snow out our way just happened to be the weekend we moved into our house.  That was almost 2 years ago now.

Coming from a snow state, it’s still funny the way the news media treats snowfalls in the Portland Metro area.  The tone from the reporters and weathermen sounds more like we’re going to get 1-3 feet of snow, not 1-3″. The change to sleet and freezing rain forecast for tonight isn’t so wonderful though and I can understand the words of caution there. 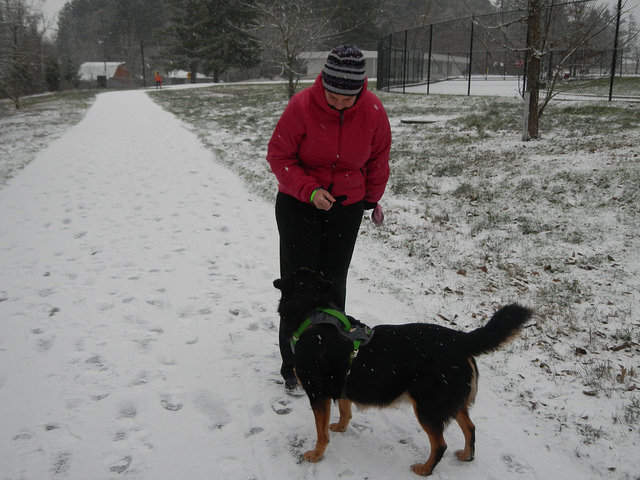 While the higher elevations of Oregon are used to snow, especially the further east you go, the Portland area just doesn’t get a lot.  It’s been cold the past few days and after a record setting December for rainfall.  I didn’t really expect snow though.

We took Codi for his routine Sunday walk through Dawson Creek Park, and the snow definitely added a bit more fun factor.  Not sure if it was more fun for him or for us watching him. 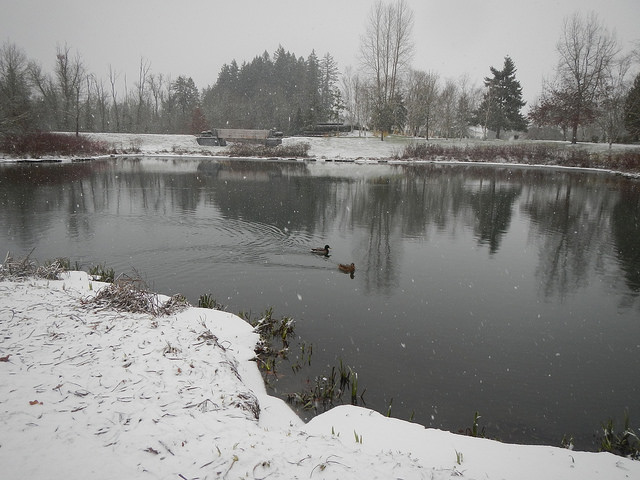 The snow should be gone by tomorrow afternoon, but let’s just say that the morning commute should be fairly interesting.

For contrast, below is a snow storm from February 2013, our last winter in NH.