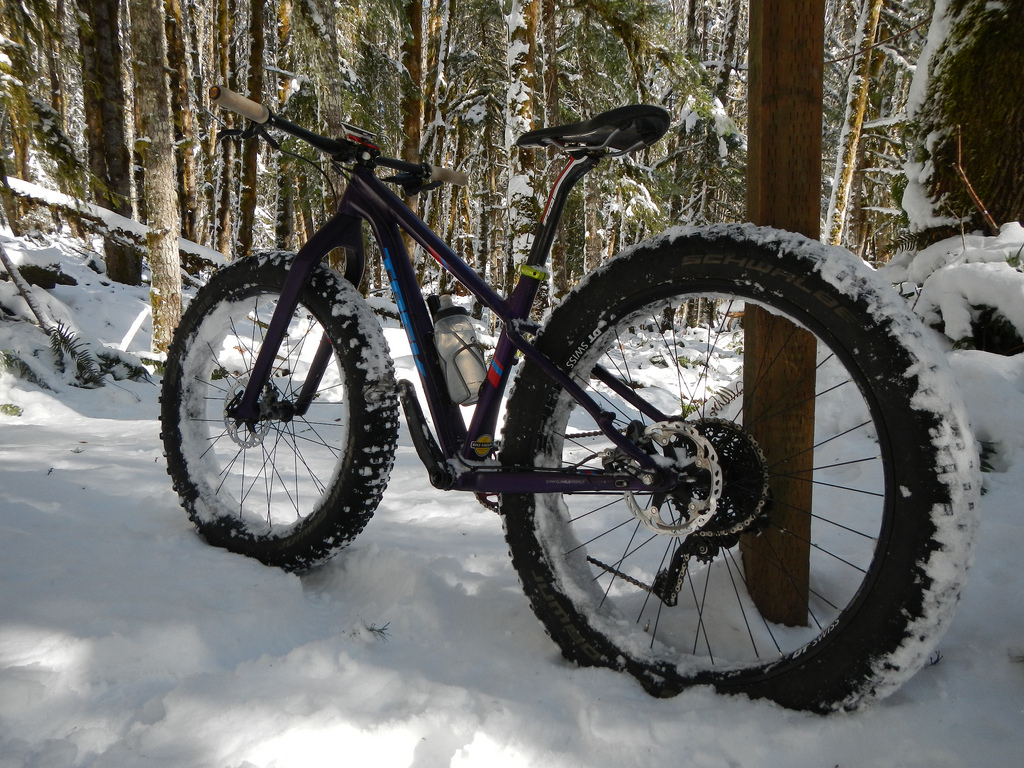 I quite often hear the words “Why do you need so many bikes?” or something very similar to that.  I usually answer with something along the lines of “each one has a specific use”.  Hypothetically if I had to keep just one bike it would be my Independent Fabrications – Crown Jewel.  I personally consider myself a Cyclist and not a roadie, crosser, mountain biker, etc.  If it has two wheels I’ll ride it.  I’ve got all the current “must have” genres of bikes covered too: Road, Gravel, Fat bike, Mountain, Commuter and Bikepacking.  I’ve had a TT bike and cyclocross in the past but sold them to fund other bike related purchases.  My first love has always been the road bike though.  It was my first taste of freedom as a teenager and I just love being out there exploring new roads.  Plus you don’t need to drive to a specific place to use it, I can in general just leave straight from the driveway.

So why do I have so many bikes?  Answer: Because I can.  It’s really that simple.

In other news, we had a full on snowpocalypse panic for the PDX metro area on Friday.  Forecast was calling for anywhere between 1-10″  for Saturday depending on where you were. The Beaverton Trader Joe’s looked like it had been robbed and Mia spent a long time standing in line at the Orenco New Seasons. Turns out it was Southern Washington, The Gorge and the Eastside of PDX that got hammered with snow, ice and wind.  Out here in Forest Grove we received maybe an inch total and just 2-3 miles east of us in Hillsboro it was clear. 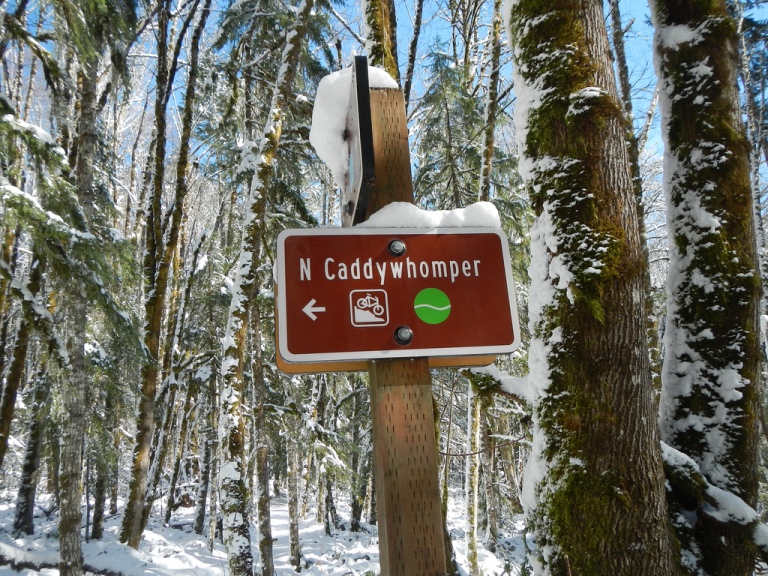 Being a native of New Hampshire and basically growing up with snowstorms all the time it still strikes me as both comical and ridiculous how worked up/anxious people get out here in the PDX metro area when it snows.  It’s not Oregon as a whole, just here in the metro area.  Funny thing is it has snowed significantly (for the area) at least 1-2 times every winter since we moved here in 2013 so you can’t really argue that it “never happens” because so far my informal study indicates that it sure does happen.

The new house is more or less right at the base of the Coast Range, so while we only received that inch of snow, Stub Stewart State Park was for sure to have at least 3-4″+. I headed out for a little fat bike action before the next round of rain/snow moves in for the afternoon.

It was 36F degrees at the house and a chilly 25F in the woods at Stub.  I can only pull out the old cliché of “there is no bad weather, just bad clothing”.  I have zero complaints about being able to stay warm today.

The Wolvhammer boots are awesome!  I hate cold feet and these boots are fantastic for anything under freezing.  I’ve had them in temps as low as 15F and my feet were toasty warm.

So yeah it has been a good day to get outside and play.  Beats riding the trainer in the garage that is for sure!

3 thoughts on “Because I Can”

Sometimes it is the simplest things....... #chocolatemilk #simplethings
Only the second ride outside on this beauty for 2020. Don’t tell my other bikes but if I only could keep one it would be this one. @indyfabulous #bikes #independentfabrication #crownjewel @campagnolosrl
Showing some more love ❤️ for @slowrisebakehouse Grilled cheese and bacon on their country bread. #grilledcheese #imadethis #supportsmallbusiness #supportyourlocalbaker
Today I rode my bike and had a good time. Mixed up pavement and gravel. Saw some deer 🦌 and alpaca 🦙 and goats 🐐 and horses 🐎 and chickens 🐓. This was the only picture I took because I was having too much fun! #ninerrlt @ninerbikes #bikes #anyroad
Some perks to working at home right now. Morning Bun from @slowrisebakehouse coffee from @peetscoffee coffee cup ☕️ featuring the New Hampshire icon @pollyspancakeparlor #workfromhome #covid19 #coronavirus #coffee #coffeebreak #supportyourlocalbaker
Employee of the week right here. #codibob #coronavirus #covid19 #workfromhome