In general work conferences are in desirable locations, if they were in crappy locations nobody would go.  Normally I haven’t gone to the OGFOA conferences because of the recurring payroll vendor conference I have gone to in years past.

It was anticipated that I would be going to Austin, TX this April when we designed our FY19 budget.  However our payroll vendor was bought recently and it now appears I will get to (have to) go to Las Vegas in October.  Since our fiscal year end is June 30th, the Vegas trip will be FY20 budget year,  that means I had some funds left over for me to finally go to Sunriver for the Spring Conference.

I had to be in Sunriver for 5pm so I decided to leave early and play for a bit.  I wanted to swing through Sisters on the way over too. Parley at Blazin Saddles in Sisters recommended that I head over to Skyliner and check out Tumalo Falls for a fat bike ride.  I had been planning Wanoga Sno Park originally but can say I am not at all disappointed that I went to Tumalo Falls instead.  Conditions were pretty much ideal, crowds were minimal and the ride was so fun I did the loop twice.

I ran into some hikers and skiers and everyone shared the trail nicely.  It was great!  I guess I shouldn’t be too surprised given the outdoor playground that Central Oregon is.  Interactions with various trail users is pretty common I would guess.

I was able to get in just under 2 hours of riding before I had to head over to Sunriver to register and do a little meet-n-greet.  Plus I didn’t want to miss the free food!

I will not bore you all with the joys of governmental accounting conferences.  It was 2 1/2 days of seminars and networking.  They fed us well though and I feel like most of the sessions were good.  The 2020 Spring Conference will unfortunately not be in Sunriver but instead in Seaside, OR.  Not a bad location but not nearly as fun.  With some luck this trail system will be well into development by next spring.

I did get in one more ride after the Tuesday sessions were done.  I followed the  bike paths out towards Lava Lands in the hope of riding some more trails.  Temps had been in the upper 30’s all day though and the trails were too soft to ride. 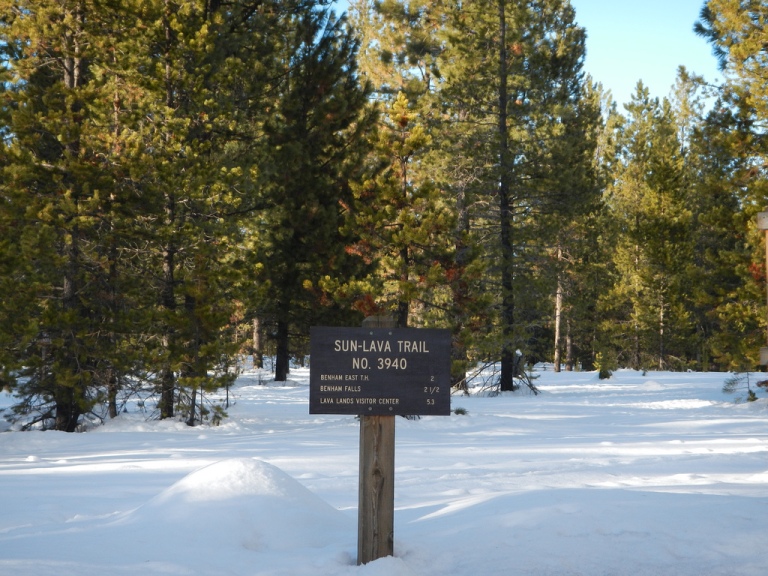 It will be nice to sleep in my own bed tonight and get back into my routine.  I don’t mind traveling for work here and there but thank God it isn’t something I do all time.