Day 2 in Bend started out with a trip to The Dough Nut just up the street from our rental.  Pretty good, didn’t surpass my favorite find in Oregon so far (Blue Star Donuts), but I will definitely go back.

Codi was pretty wiped out from our Green Lakes Hike, so the goal was to be easy on him today.  Even our morning walk in Drake Park was at about half his normal speed. To give him a slightly easier day I decided it was time to check out the Newberry Volcanic Monument, or at least as much of it as I could.

Some areas were out of the question with Codi.  For example I couldn’t take him into the Lava Cave.  What did catch my eye though was the Lava Cast Forest.  It was a bit out of the way, and based on prior experience, most people seem to only want to go the places close by.  The Lava Cast Forest was a 9 mile drive along a dirt and gravel forest road to a small parking lot.  There was only like 3 cars there by the time Codi and I arrived. 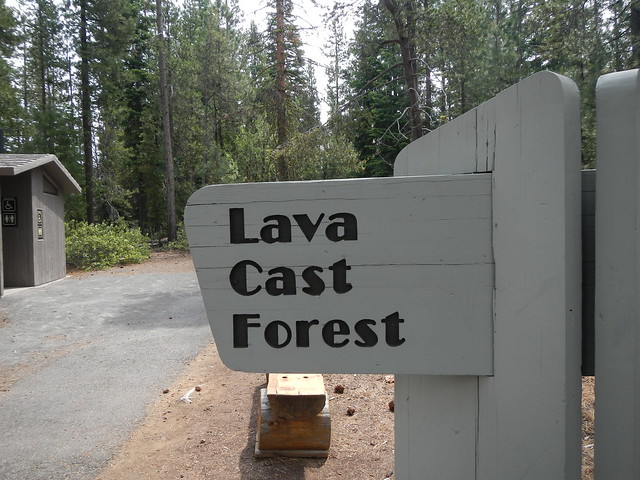 So, it was a bit strange to drive 9 miles on a dirt road, to then walk a 1 mile paved path.  That being said, it was pretty cool.  Being the NH native that I am, I’ve never seen anything like this.  walking through the lava flow was pretty neat. 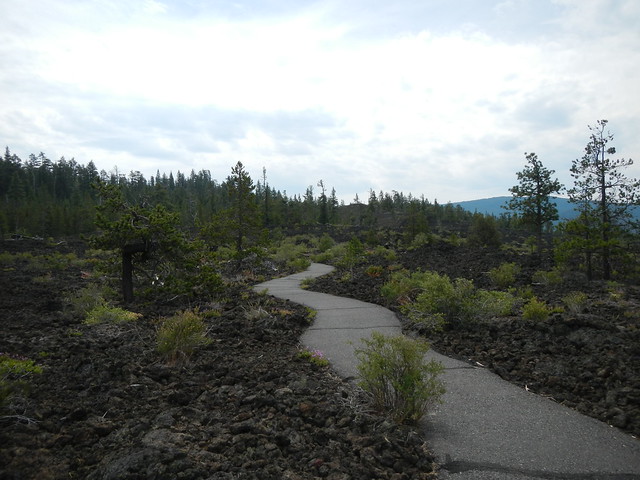 So the basic story sounds something like this.  The lava hits the trees, the moisture/steam from the trees cools the lava and leaves a “cast” of the tree.  It kind of looks like a bunch of shallow wells, but some of the casts were a bit taller than others and a few were lying down and looked like miniature lava tubes. 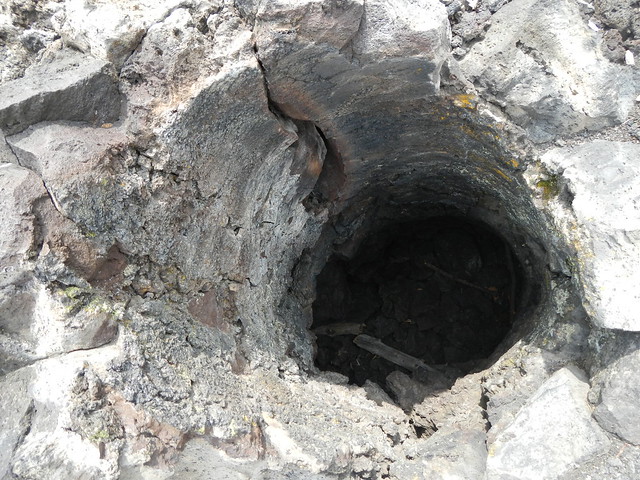 There was also plenty of life in the lava fields too. 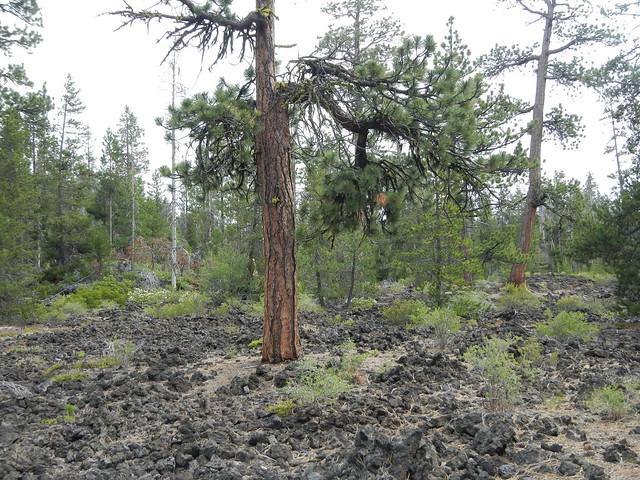 There was also an interesting phenomenon of “twisted” trees.  They twisted as they grew to distribute as much moisture and nutrients in order to survive in the harsh environment.

It was a fairly quick tour around the area, but it was very interesting.

I had hoped to make it up to the Newberry Caldera and Paulina Lake, but we ran out of time and had to go pick up Mia.  It does give me a reason to head back though, and there is still plenty more to explore.  Maybe next time Mia can watch Codi while I hit the lava cave (She tells me she has zero desire to go down into a lava tube).

So it was another awesomely good weekend in Bend.  It’ll be a bit before we go back again, but I look forward to our next adventure.